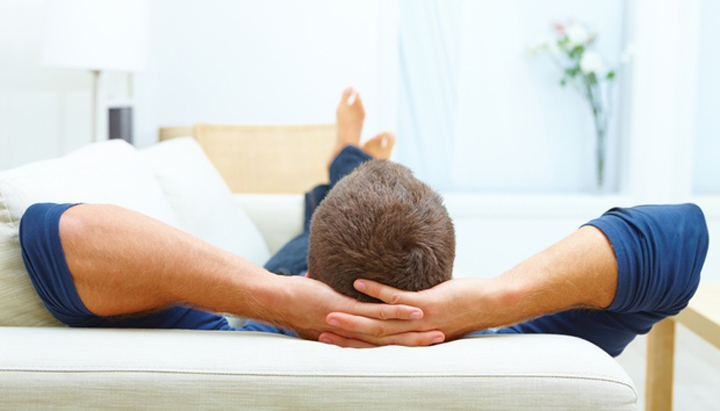 My Season is over…Now what? (as seen on CBC NEWS)

I’m so sorry that I have neglected you for the past six months. I’ve been extremely busy with my sporting season. But don’t worry. That long season is finally winding down. We’ll be together again soon. I’ll be bringing my friends — chips and beer — to join us. See you soon!

Sound familiar? For some of us, the end of a sporting season is often considered the best time of the year. With all the triathlons I do, I prefer to call those weeks after competition end my “big fat lazy season.”

For most of us, a season is usually long and arduous, and quite demanding on our bodies and minds. We aim to peak at the end, whether it is the playoffs for a team sport or a big final race. That can make the end of a season bittersweet.

If we lost or didn’t perform to our expectations, the season ends in disappointment. But if you walk away from the field with a big trophy in your hands, you’re ending on a high. Whichever way your season ends, there are a few key things I would recommend you do to help recover and rebuild for next year.

Unfortunately, some people consider the day after the season has finished day one for next year. That’s a mistake. Most experts tend to agree that you should take a minimum of two to three weeks off from your sport. And I mean a complete break.

Ken Whisenhunt — the head coach of the National Football League’s Arizona Cardinals — didn’t watch a replay of this year’s Super Bowl until just recently (six months later). And his team was in it.

Many coaches may sit down the next day to watch game tapes. They evaluate what they could have done better, the goal being to start building for a more successful next season.

We don’t need to just worry about our bodies following the season, but our minds have also taken a beating along the way. For the last six to eight months, your coach has been on you constantly about delivering 100 per cent at all practices and games. It takes an extraordinary amount of energy and concentration to always stay on top of your game. Following the season, don’t just rest your body: remember your brain.

During the season there are often a lot of early morning workouts. Now is the time to sleep in and let your mind rest. How often during the season do you have trouble sleeping worrying about the next game, thinking about a particular shot or whether you trained enough for that race?

Sleep deprivation can be a big factor in performance during the season. Make sure you take the time now to recover and get that much-deserved sleep you need. Don’t be surprised, however, if you still wake up early for the first few days. Give your body a chance to realize you are trying to reset its clock.

Now that we have the mind recovering, let’s get onto your body. Usually during a long season, our body will bear the brunt of most problems. Along the way we have all endured those minor to major injuries, or just some simple bumps and bruises. Talk to a professional football player after the season and he will keep your ear busy with what’s been hurting throughout the season (usually everything from head to toe).

When I was a student therapist with the football team at the University of Toronto, the offensive and defensive linemen would line up to get their turn in the ice bath after every game or practice — just to ease their pain. Most players would submerse themselves up to their necks for five minutes to numb their entire body. They did this day in and day out. Leaves you wondering why they ever picked up a football!

When a patient is training at a high level to achieve a goal of either completing a marathon or qualifying for Boston, we will have a roller coaster ride during their rehab. This means that we will often adjust or rebalance the issue they were having and make some progress. But they’ll go back out and re-injure themselves.

We will show them some exercises to help, but until they actually get some rest time away from the issue that is causing the problem (in this case a lot of running), we will just continue to ride this roller coaster. That said, very rarely will I ever tell a runner that complete rest is necessary. Negotiating with my six-year-old is easier than trying to persuade a runner to stay away from the sport they are addicted to. REST to a runner means Really Easy Speed Training.

The best time to really rehab a persistent injury is in the off-season. Work on rebalancing your core and treating those strained and drained muscles. Believe me; they will thank you for it. Runners, unfortunately, often won’t seek treatment after their marathon, because most assume that complete rest will get rid of the problem. They aren’t wrong, but they may still need to address their weaknesses and fix them. Otherwise, I will see them again just before their next marathon. I’d better finish here, because my season is over and my couch is calling me. So are my off-season partners, chips and beer. I have neglected them for them for the last six months and we need to get reacquainted — maybe just a little bit!